Anna has been a sports enthusiast from the very young age of six years. She has a busy schedule playing soccer, Gaelic football, tag rugby, volleyball, basketball and swimming.

Anna plays for Athlone Basketball Club and Academy since the age of eleven taking on the responsibility of point and shooting guard.

The point guard is the "leader" of the team on the court. These positions require Anna to display substantial ball-handling skills and the ability to facilitate the team during a play. The shooting guard, as the name implies, is often the best shooter, as well as being capable of shooting accurately from longer distances.

Anna has recently been appointed captain of the all-Ireland under 14's basketball team.

When asked where does your inspiration come from?

Anna explained that she gets her inspiration from her brothers Pedro and Kaio and her wonderful parents.

“Anna puts her positive playing and recent appointment as captain down to hard work and her eagerness to do better.”

Anna trains with her club 2/3 nights for 4/5 hours minimum weekly and has a game most weekends.

When asked what message do you have for your peers and young sports enthusiasts?

“Just focus on your game

Let your game do the talking

Don’t talk back to the referee – be respectful

If you don’t do well, you will do better the next day

Don’t let it get to you

Go out and play

Never ever doubt yourself, even if you’re the worse person on the team

Have fun – Love what you do

Well done to our pupils on a wonderful performance on Sunday May 29th in Roscommon Arts Centre. A huge thank you to Music Generation for sharing their love of music with the children and preparing them for this special event. Thank you also to Ms. Morris for coordinating music in our school. 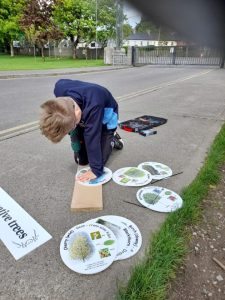 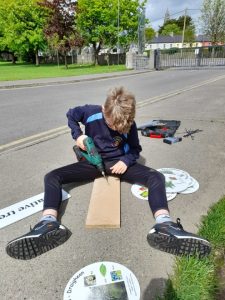 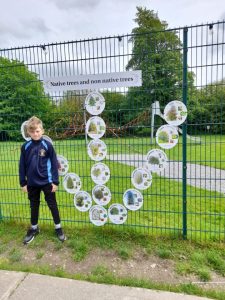 Our school orchestra have been very busy rehearsing for their upcoming concert in the Arts Centre on May 29th. Have a look at how they have been doing. We think you will all agree that they are a very talented bunch of musicians ♫♫

We are so proud of Kara and Alise, who became world champions in Irish dancing over the Easter break. What an achievement for you both! Well done from everyone in St Comán's Wood. 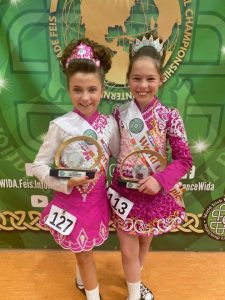 April 2022 around our school

We are so proud of Anna Assis (5th class), who captained the Athlone basketball club U-14 team in the All-Ireland Club Championships on Saturday March 26th. What an achievement for Anna! Well done from everyone in St Comán's Wood. 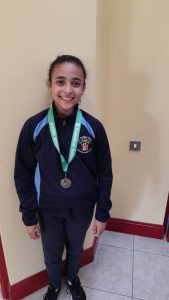 Ag Déanamh Ceoil i Rang a 4

“I’ve Planted a Tree and my Garden is Pesticide Free!”

You can find out more about which cookies we are using or switch them off in settings.

This website uses cookies so that we can provide you with the best user experience possible. Cookie information is stored in your browser and performs functions such as recognising you when you return to our website and helping our team to understand which sections of the website you find most interesting and useful.

Strictly Necessary Cookie should be enabled at all times so that we can save your preferences for cookie settings.

If you disable this cookie, we will not be able to save your preferences. This means that every time you visit this website you will need to enable or disable cookies again.